Fit for the Gods

Ashvina Vakil
Well, almost! Our satvik Banarasi repast had a touch of Avadhi cuisine, which the Gods may not have approved of! The melt-in-the-mouth Kakori Kebab, created by Shankar with enthusiastic assistance from Kurus and Priti, however had Gourmet Club members patiently queuing up for their share…and the Gods were probably pleased at this display of penance! 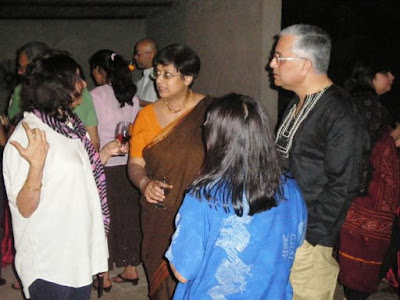 Satvik khana is fresh vegetarian food prepared without onion and garlic, and with very little spices. That’s what you eat if you’re seeking spiritual enlightenment. Pune Gourmet Club members are more interested in culinary enlightenment, and leapt at the chance to experience a meal that relied more on the freshness of the ingredients than on exotic spices and other additions.

A host of new members had the chance to get officially initiated into the Club through cooking tasks made easy by Shankar’s carefully sourced recipes. Shanth Mannige offered to make the Dahi ke Kebab on behalf of the older members, and accompanied by a piquant sauce, they quickly disappeared off the platters. While the Kakori Kebabs were being grilled, Arjun Chouwdhry got his Paan ki Khumb frying alongside. The batter-fried, mushroom stuffed paan triangles got a mixed response with several members grimacing as the initial bitterness of the paan hit their taste buds. By the time they bit into the more subtle mushroom the grimaces gave way to wonder at the unusual combination, much to Arjun’s relief! 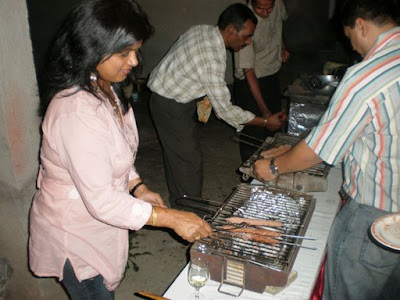 Sajjani and Jeetendran Nair threw open their lovely garden at NDA and it was the perfect setting for a summer evening. The breeze however played truant most of the time and the chilled wines were very welcome. On offer were Sula’s Sauvignon Blanc and Zinfandel, and Ivy Viognier and Semillon/Chardonnay, and if anyone thought drinking wine with satvik khana was strange, they didn’t let on! Nectar of the Gods perhaps? 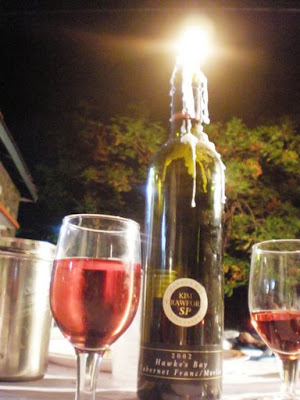 A few new members looked apprehensive when asked to rate the Ivy Viognier, squinting bravely into their glasses to decide whether it was more yellow than straw coloured. Others were more interested in catching up with friends and exclaiming at the long drive to NDA and in exasperation Shankar decided to completely abort the wine rating.

Spirits rose immediately and glasses were topped with gusto before the main course was served. Fateema Moonim had been entrusted the task of making Nimona, a combination of coarsely mashed green peas and potato. Rohit Panemanglor and his Priti made the Aloo Dum Banarasi with a stuffing of paneer and dry fruit. The Kele ke Kofte was Kumar Belle’s responsibility and he claimed his wife didn’t have a hand in crafting the kofte out of raw banana! Accompaniments included Warqui Paratha made by Anand Chordia; and Kathal ke Pulao, a delicately spiced jackfruit pulao made by Pradnya Pradhan. Sajjani provided vast quantities of steamed rice! 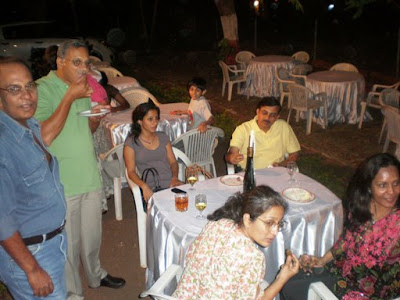 A refreshing Paan ice cream signaled the end of the meal, followed by flamboyantly decorated paan that had many looking for seconds. The predominantly vegetarian meal was a change from our usual fare, but a gourmet satvik meal is not to be scoffed at! Perhaps we did indeed please the Gods…how else do you explain the deer that skipped lightly across our path on the way home…had to be a sign of divine approval!
Posted by Shankar at 4:17 PM