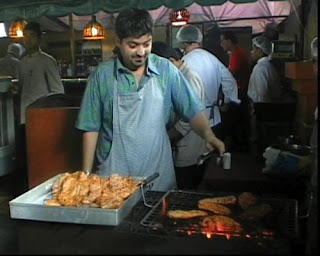 That’s Spanish for ‘Bon appetit’ but the words were as unpronounceable to most of us at PGC’s second anniversary meet as the names of the Latin American feast that awaited us! Led by Chef Parag Kanhere, our members took on the challenging task of recreating the cuisine of countries like , , , , and , and while the names took time to trip over our tongues, the gastronomic experience was memorable.

More than 70 members attended the celebrations at , and we have to thank Rita and Nainpal Sawhney for their unfailingly gracious hospitality. They handed over their courtyard to us, and the use of their outdoor grill, and Chef Parag and his band of helpers soon had some interesting stuff cooking. Several first-timers had volunteered to take on cooking tasks and there were some eager apron-clad members bustling about the place as the starters began to be served. 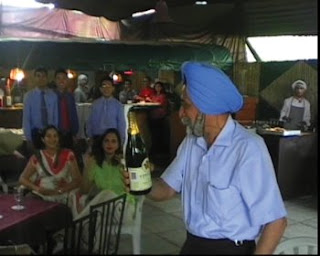 Jatinder Singh popped the first bottle of Viinsura’s refreshing Brut and we were on our way! The Aranitas (Puerto Rico), grated green plantains seasoned with garlic and deep-fried, were a hit even with the non-vegetarians and Ashwini Wagh, Kurus and Priti Bharucha can take a bow for that. Pupusa de quesco (El Salvador) was Aditi Rele’s contribution and the toasted cornmeal tortilla stuffed with cheese and flavoured with green chillies made a great combination with the tart Curtido (cabbage salad) and Salsa Roja (smooth saucy salsa) made by Vishal Pipraiya and Sangita Jagtap respectively. The Bolivian Saltenas (don’t-you-dare-call-them-samosas) were hailed enthusiastically – Uday Pandit, Kumar Belle and Kalpana Sriram did a grand job with the baked pastry turnovers stuffed with choice of minced mutton, chicken and vegetarian fillings. 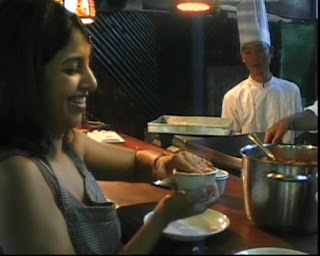 Vinsura, who have supported PGC since its inception in 2006, ensured that we had a steady supply of their Sauvignon Blanc, Rose and , which complemented the food beautifully. The main course comprised Mofongo () painstakingly created by Shubha Gadkari and Gauri Nafrey. They fried, mashed and spiced green plantains and formed them into balls, which were stuffed with a jumbo shrimp or vegetarian filling. Meghna Gajul made copious amounts of the tangy Sofrito sauce () that was used to drench the Mofongo. Chef Parag and his team charcoal grilled breasts of chicken, which were served with Chimichurri sauce (Argentina) made by Jyoti Nafrey and Candy Dugal; the vegetarian option was exotic vegetables marinated in balsamic vinegar, grilled and assembled into a vegetarian steak and served with Chimichurri sauce. 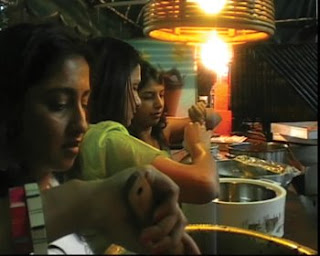 As always happens at our meets, dessert garnered the maximum attention. Replete as we were after that introduction to a variety of Latin flavours and textures, and mellowed by the wine, we all perked up considerably faced with the grilled banana served with Shankar’s homemade rum ice cream and topped with Chef Parag’s spicy chocolate sauce. There were many glazed expressions to be seen, and it wasn’t all the fault of the wine!

This was the first time we invited a professional to help us, and Chef Parag, who has years of experience on cruise liners and as executive chef in restaurants, was in his element as he rolled out the pastry and served course after 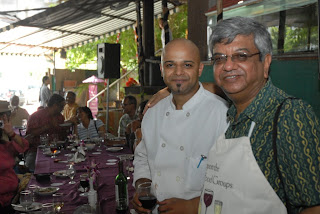 course with élan. The team led by Richard ensured that food flowed smoothly to the tables.

Our gastronomic journey continues and we look forward to tapping new culinary frontiers as we enter our third year. Hola!