If Music Be the Food of Life…


At the Pune Gourmet Club we certainly believe in playing on! Food inspires us to wax eloquent anyway and when there’s some good wine to go with it, we can get quite lyrical about the whole experience. The wine at our third anniversary meet on 27th September 2009 fit in very well with this theme – from the Good Earth winery, Aarohi, Brio and Basso are not only named for musical terms, they are also meant to evoke the highs of a fabulous musical experience. 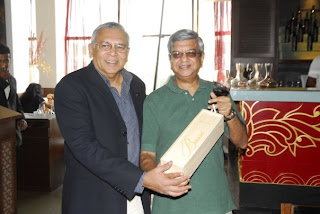 to unleash his soon-to-be-launched wines, and the elaborate sit-down Indian meal dreamed up by the indefatigable Shankar was the ideal platform. Held at Trikaya, it was an afternoon of complete over-indulgence, and ‘gourmands’ would have been a more apt description of the participants than ‘gourmets’. But since it was a celebratory event, we were allowed the leeway to eat more than could have been good for any of us!

Chef Nilesh Limaye and his team had quite a challenge to produce a sit-down meal for more than 70 people and they faced with task with enthusiasm. The first platter was served with Aarohi, a crisp and re 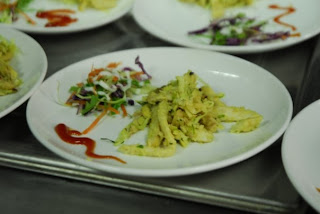 freshing Sauvignon Blanc that was a gentle prelude to what would soon rise to a crescendo as the afternoon wore on. 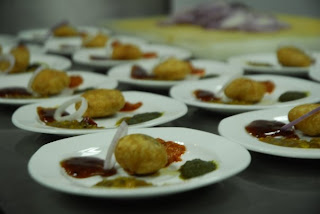 By the time the Shiraz was uncorked we were beginning to hear music. Difficult to say if it was our senses singing or just piped music that got suddenly louder! Brio is what the wine is called and it proved to be as full of vigour as the name suggests. The f 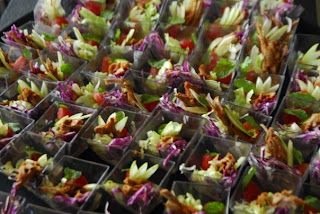 ood it complemented was a surprising mélange, including some dishes you would not associate with a red wine, proving that when it comes to wine and food, you can indeed make your own rules! The highlight for many was the black pepper flavoured Chettinad Chicken, but there were equally eager takers for Raan-e-Gulmarg (slivers of lamb served cold); Galouti Kabab (pan fried lamb mince); Kundan Kaliya (Awadhi specialty); Haleem (Hyderabadi delicacy); and Kabargah (fried ribs). 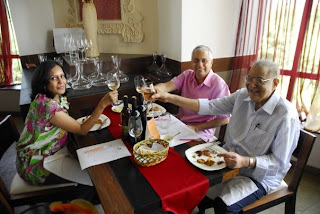 The less intrepid eaters fell out of the race at this stage – there is a limit even to greed! The Avadhi Mutton Biryani and Kale Moti Biryani, meant to be paired with the Cabernet Sauvignon had to be urged into protesting tummies, which was a shame since they were done to a turn. No one passed up the wine however and the mellow Basso helped settle systems done in by a surfeit of exotic food. 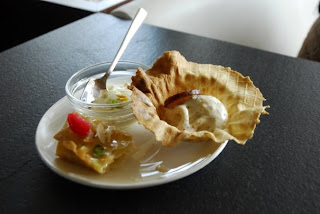 As always, dessert was our downfall. Even those who were just minutes before averring that they couldn’t eat another morsel welcomed the dessert platter with a gleam in their eyes. Lasuni Kheer was a surprise, the garlic flavour complementing the mild sweetness of the kheer with panache! Crisp and drenched in syrup, Lavang Latika offset the unusual Gulab Jamun and Roasted Almond Gelato specially created for the occasion by Jyoti Nafrey.

This is one celebration that is going to be a tough act to follow, but we have a whole year to gear up for the fourth anniversary. As always this past year has been a terrific culinary ride. Stay with us for more! 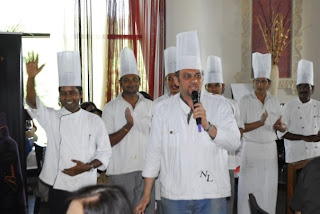 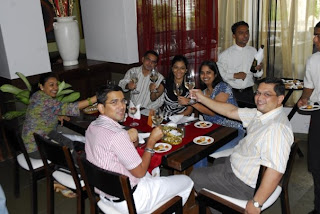 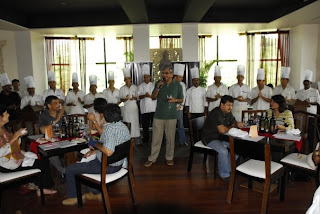 Interesting Blog !!
I am in search of places to buy Wines from, in Mumbai and Pune. Please send me an email on sumcas@hotmail.com, if you have any good suggestions. I am looking to buy Indian Wines.